“I like to dissect girls. Did you know I’m utterly insane?” 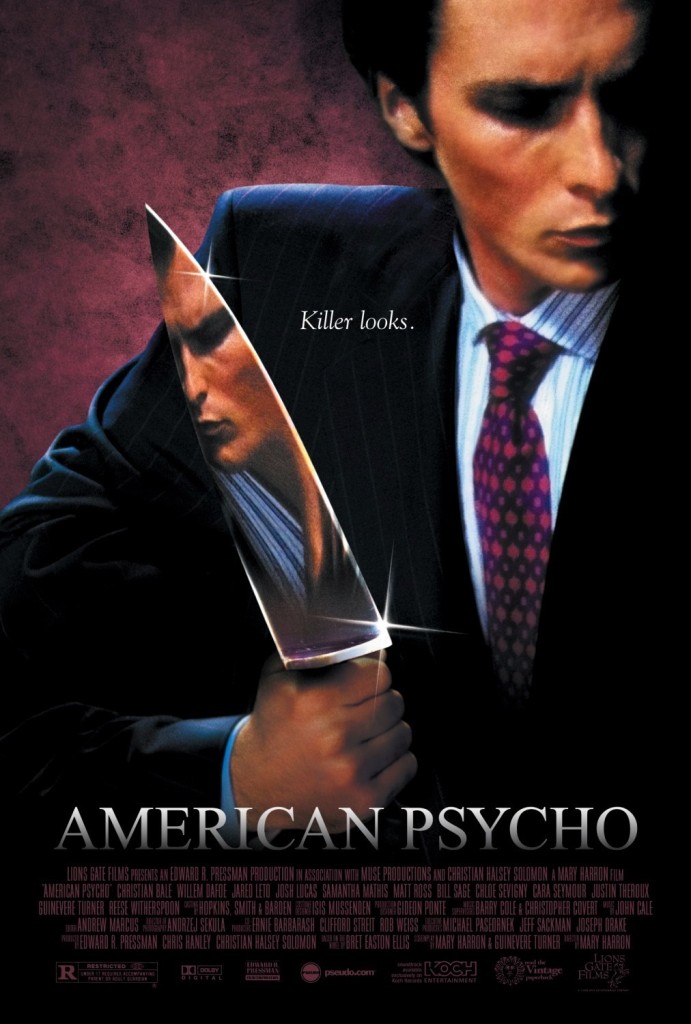 American Psycho director Mary Haddon wisely dialled back the stomach-churning violence of Bret Easton Ellis’s gruesome novel and turned the black comedy all the way up in this wicked satire of consumerism and toxic masculinity. Christian Bale delivers a career-best performance as the psychopathic Wall Street yuppie with a penchant for hookers, Huey Lewis and the News, and Silian Rail typeface.

Patrick Bateman (Bale) has it all: he’s wealthy, charming, good-looking, successful. He also has a killer apartment and a gorgeous socialite fiancée, Evelyn (Reese Witherspoon). The trouble is, he’s a complete psychopath with a swirling dark void where his soul should be. 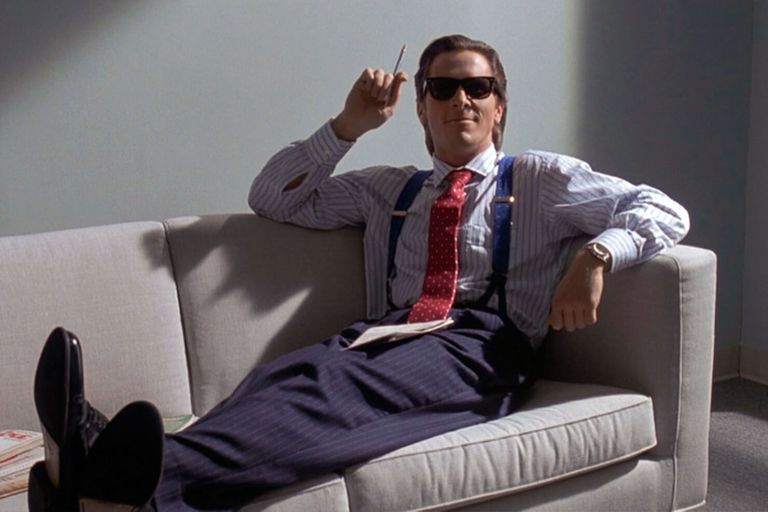 Attempting to uphold an acceptable veneer of humanity, he struggles to keep up with the Wall Street in-crowd of late ’80s New York, who are mostly a bunch of interchangeable douchebags doing the exact same job as him. The constant pressure to look good, snag choice reservations at the swankiest restaurants and return videotapes on time tips him over the edge into a downward spiral of murder and mayhem.

The only problem is, in such a narcissistic, self-involved world, will anyone notice? And is his killing spree real, or all in his head?

Christian Bale went on to head the cast of one of the biggest superhero franchises in movie history, but Patrick Bateman remains his career-defining role. He perfectly captures Bateman’s smarm, superficial intelligence and deep well of insecurity, which indicates that he may not be the soul-dead psycho he likes to make out in his voiceover. He’s also extremely funny, and it’s a delight watching him squirm and sweat as he lamely tries to cover his homicidal tracks. There’s a strange undercurrent of pathos to the performance – no matter how many times Bateman tries to tell people that he’s a raving lunatic, they’re just too wrapped up in their own shit to pay any attention. 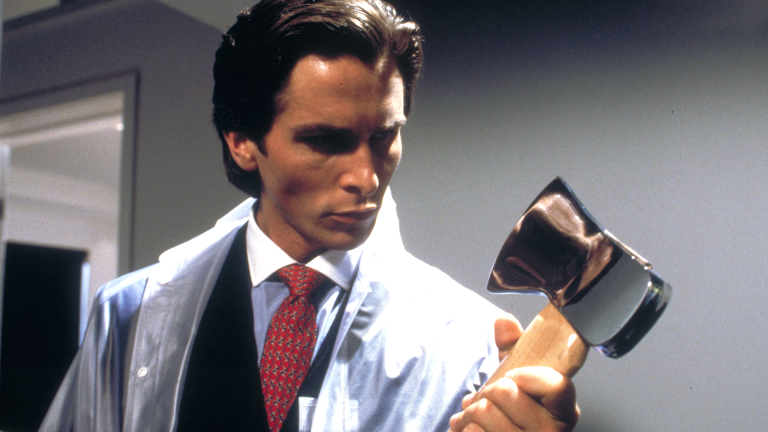 The ever-reliable Willem Dafoe is also superb as the slightly rumpled private detective Donald Kimball, who has been hired to investigate the disappearance of one of Bateman’s victims. It’s in his performance that we really get to appreciate Haddon’s directorial nous – for an interview scene between Kimball and Bateman, she elicited three different performances from Dafoe. In one, she asked him to act as if he was completely sure of Bateman’s involvement; in another, that he wasn’t sure at all; and in the last, that he was totally clueless. She then interchanged his reaction shots to Bateman’s unconvincing story to keep the audience guessing whether Kimball is onto him or not.

John Cale provided an original score but it’s the ’80s pop hits that really stand out. In his desperation to fit in, Bateman’s music choices are among the most mainstream dross of the era. He reflects wistfully on the deeper meanings of Whitney Houston’s schmaltzy power ballad “The Greatest Love of All” before abusing two of his victims; a cringe-inducing three-way sex scene with two prostitutes is incongruously set to “Sussudio” by Genesis, with Bateman checking out his own ripped physique in the mirror as he goes to town on the girls.

Perhaps the film’s most iconic moment – save from the deathless business card face-off – involves “Hip to be Square” by Huey Lewis and the News, as Bateman dons a plastic rain mac and performs a manic dance before hacking up a colleague with an axe to the jaunty tune. It’s a scene that launched a 1000 memes. 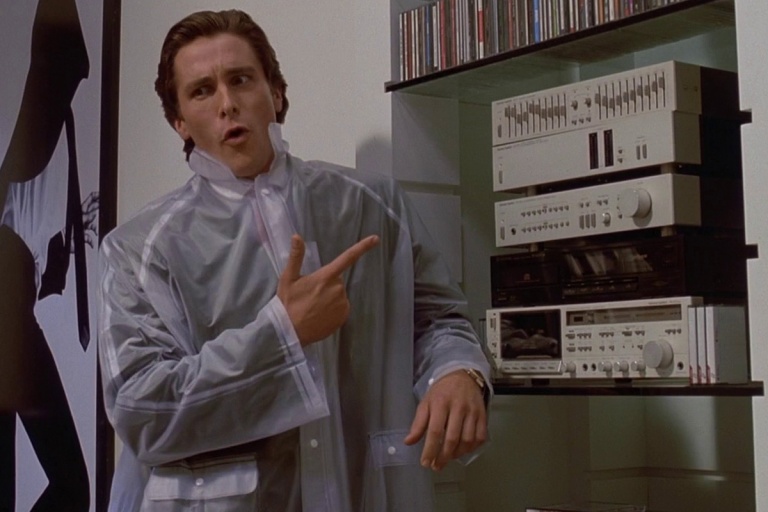 If you’ve managed to get through the source novel without losing your lunch, you’ll know that American Psycho the movie is a perfect marriage of material and personnel. Oliver Stone was once attached as director with Leonardo DiCaprio in the Bateman role and, as much as I admire both their work, I shudder to think what that version of the story would’ve been like.

Haddon brings such a shrewd and assured sensibility to the project, her lightness of touch elevating the notorious material into such a blackly comic masterpiece. She also gets the absolute best out of her leading man Bale, whose absolutely insane performance has turned American Psycho into a modern cult classic.

Buy your copy of American Psycho from Amazon HERE