“For the misfits and the losers…” 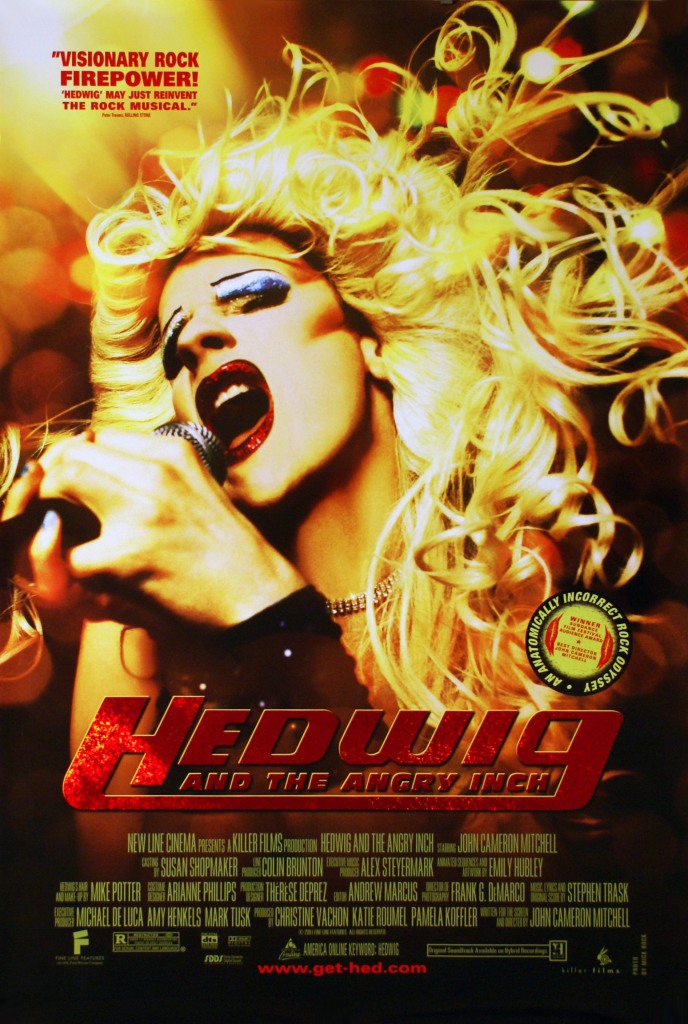 Full of verve, wit and invention, John Cameron Mitchell made an outstanding directorial debut with Hedwig and the Angry Inch. It’s a vivacious, wickedly funny rock musical adapted from his stage production of the same name, and once again he stars as his own leading lady in the title role. Vibrant, kitschy and packed with great tunes, the film bounces around between flashbacks and the title character’s acerbic, deadpan narration of her tale. Unfortunately, it bombed at the box office but went on to build a strong cult following – some devotees refer to themselves as “Hedheads”.

Hansel is a “girly boy” from East Germany who undergoes a shady sex change operation to escape to the West by marrying his American army boyfriend. However, the op goes horribly wrong, leaving her with the angry inch of the title.

Having assumed her mother’s name, Hedwig ends up living on a trailer park in Junction City, Kansas, and her new hubby ditches her for a younger guy. Washed up and alone, Hedwig finds empowerment in a blonde wig and forms a band, made up by Korean army wives.

She then falls for a shy young fan, Tommy. She feels that they’re soul mates, her other half, and they write most of the band’s songs together. Then Tommy also leaves her and goes on to become a huge rock star, singing their songs. 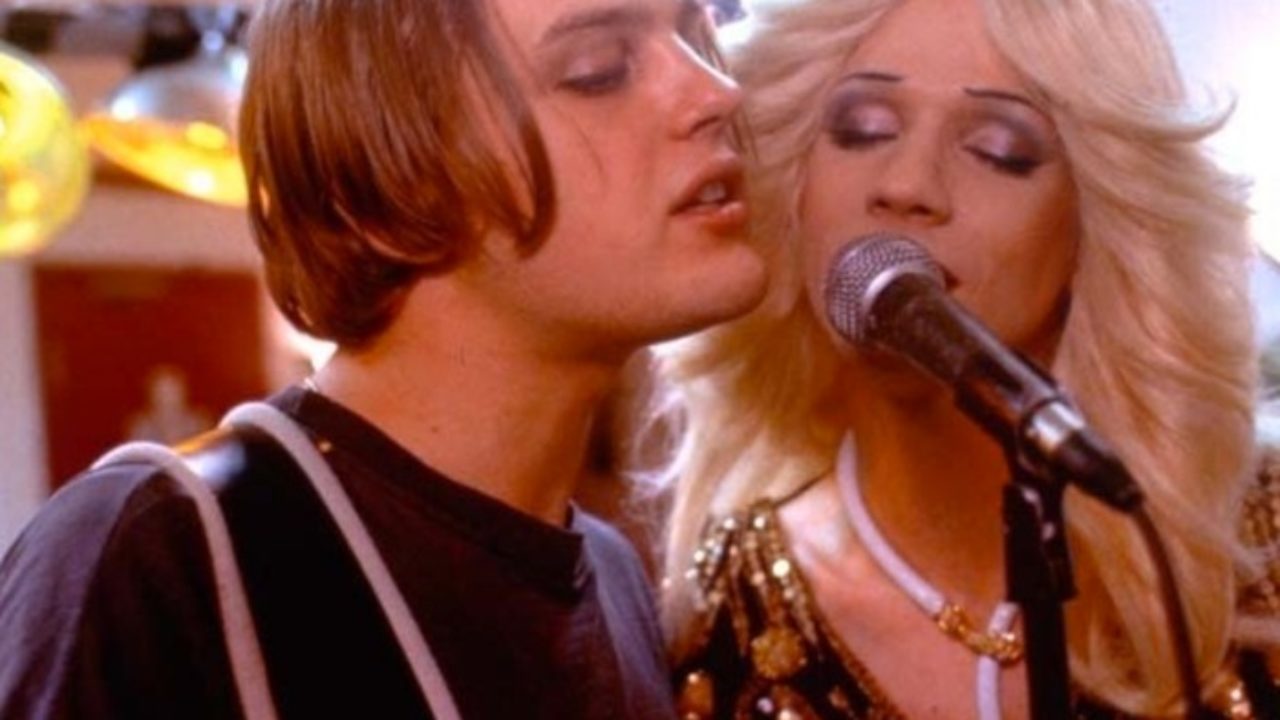 Embittered and heartbroken, she follows Tommy around on tour with her band The Angry Inch, a bedraggled bunch of Eastern Europeans on the run from immigration. While Tommy is packing out stadiums, she’s playing restaurants and bars. However, just when she seems almost down and out, a chance reunion with Tommy leads to an unlikely reversal of fortune…

John Cameron Mitchell as Hedwig is one of my favourite performances of the last 20 years. He pulls out all the stops and it’s an Oscar-worthy turn – in fact, just give him all the Oscars. (“Hello, is that John Wayne’s estate? There’s no easy way to say this but, um, we’re gonna need the Duke’s Oscar back because we’re giving it to John Cameron Mitchell…”)

It’s a very textured portrayal of an embittered, heart-broken woman lashing out with songs that her audience doesn’t really want to hear. She’s definitely not a cuddly character – she can be bullying, domineering, and prone to violent mood swings. But she’s also vulnerable, tender, eloquent, lovelorn and darkly funny, with a sense of gallows humour about her situation. Plus he really tears into the songs and bursts off the screen in the musical numbers. An awesome performance.

The songs, written by Mitchell and Stephen Trask, are a lively mishmash of styles, with lyrics that are at once mischievous, inventive, naive and inspiring. Some are weaker than others but there are no outright duds. Of the standout numbers we need to mention –

“The Origin of Love” – perhaps the key song in describing the film’s ethos, as it encapsulates Plato’s Symposium in the form of a rock ballad, accompanied by some delightfully naive animation.

“Wig in a Box” – The film’s catchiest tune about Hedwig’s talismanic hairpiece and her transformation to “Miss Punk Rock star of stage and screen” – comes with a handy bouncing ball sing-a-long lyrics.

“Wicked Little Town” – a world-weary, melodious slower number that Hedwig originally thinks will be her breakout hit, before it’s nicked by Tommy.

Hedwig and the Angry Inch becomes a little formless in the final third, but it signs off with the magnificent “Midnight Radio”, a glorious anthem for all the “misfits and the losers”.

Hedwig and the Angry Inch is an amazing film, bursting with life and imagination and featuring a towering central performance from Mitchell as Hedwig. An essential modern cult movie.