“Take it kind of easy on our ghosts. We English are rather fond of them…” 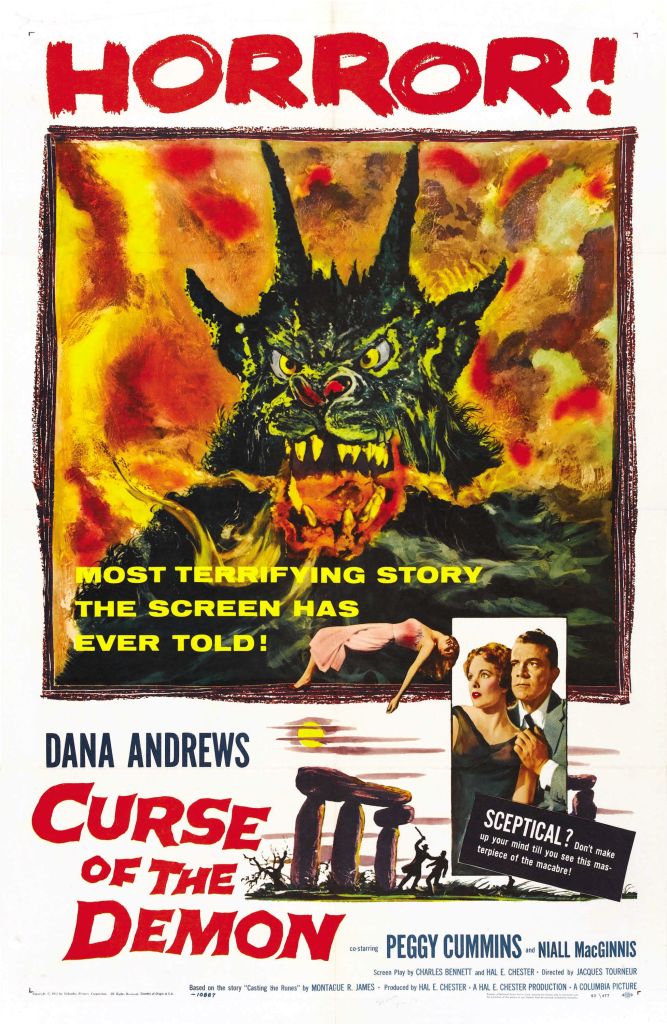 This stylish, witty and scary adaptation of M.R. James’s ghost story Casting the Runes is one of the greats, along with Tourneur’s other classic horrors Cat People and I Walked With a Zombie. Tourneur brought his trademark mastery of light and shade to this spooky tale, giving it a classy noirish atmosphere while also imbuing the film’s hokey creature design with genuine terror. He is often credited as the director who gave cinema-goers their first proper jump scare in Cat People, and here he mixes a slow build-up of dread with some seriously effective jolts. Martin Scorsese listed Night of the Demon as one of his 11 scariest movies of all time, and it still delivers delicious chills more than sixty years later.

Dr John Holden (Andrews) is in England to attend a convention where his colleague Professor Harrington intended to expose the leader of a satanic cult, Dr Julian Karsell (MacGinnis).

Unfortunately, Harrington is dead, the victim of a freak accident. The only link to the investigation is Rand Hobart, a cult member who agreed to testify, but has since fallen into a catatonic stupor. 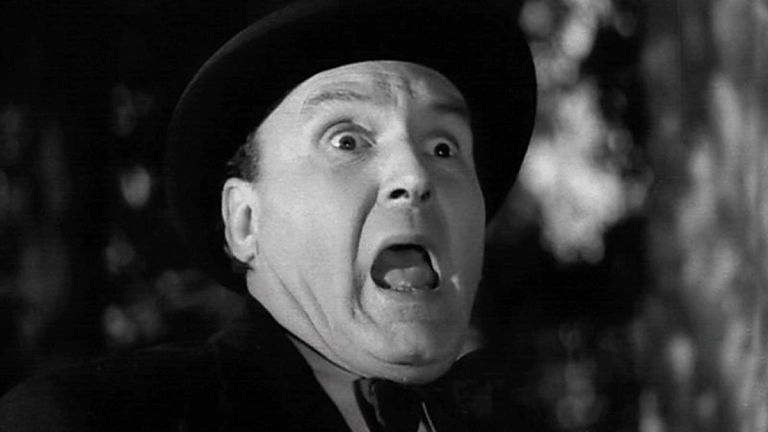 Harrington’s niece Joanna (Cummins) has her uncle’s diary and believes that his death was no accident. In his last entries, Harrington wrote about being stalked by a terrifying demon after Karswell passed him a slip of parchment bearing ancient runic symbols.

Holden remains predictably sceptical despite Karswell’s threats and plans to continue Harrington’s investigation of the cult. During a visit to Karswell’s stately pile, the cult leader manages the pass Holden a similar parchment, giving him only three days to live…

Niall MacGinnis was a veteran character actor who featured in around 80 movies, although he is rightly best remembered for his role as the jocular occultist Julian Karswell in Night of the Demon. A portly, erudite, easily-offended mama’s boy who is privately fearful of his own power, MacGinnis is a joy every time he’s onscreen, and there are some excellent exchanges between him and Holden. By turn welcoming and sinister, he’s also a very likeable antagonist, especially when measured against the arrogant American delving into his affairs. 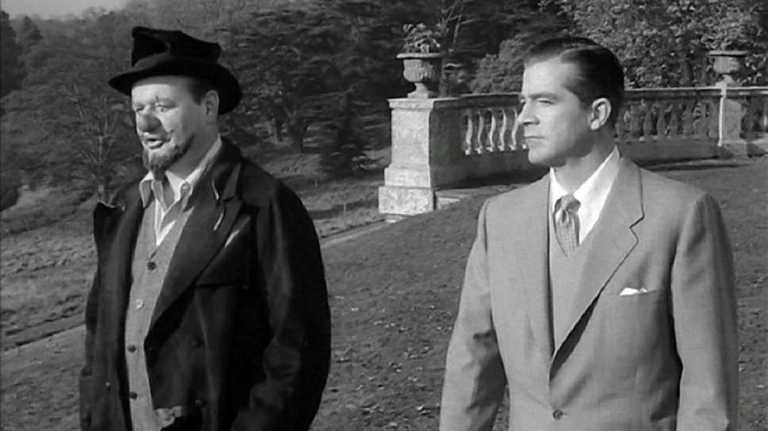 Dana Andrews is enjoyably smarmy and brash as Holden, one of those screen protagonists we half-hope will get his comeuppance. Despite the evidence piling up, he remains dismissive of Karswell’s claims, seemingly more interested in getting into Joanna’s pants than taking things seriously. Luckily he rouses himself from his scepticism and skirt-chasing to save himself from a diabolical fate…

Peggy Cummins is sadly wasted as Joanna. Sure, she’s perky and smart enough, but only really serves as Holden’s potential love interest, and displays none of the characteristics that made her such a feral femme fatale in her best-known role in the influential Gun Crazy.

Fans still enjoy debating whether Night of the Demon would be better without seeing the demon at the beginning and end of the movie. Tourneur was against it, and leaving the demon to the viewer’s imagination would’ve made it a more psychological horror. Against the director’s wishes, producer Hal E. Chester insisted on including the demon.

Tourneur was probably right, but despite its dated appearance, the demon is still a fearsome creation. It’s a testament to Tourneur’s mastery of suspense that the film not only survives the demon’s early appearance, it positively thrives on it. It’s a great silver screen monster that we both dread and can’t wait to see again, and the nightmarish conclusion pays off beautifully.

M.R. James sought to evoke a pleasing terror in his ghost stories, and he would have surely approved of this adaptation. Film noir never goes out of fashion, and it is perhaps Tourneur’s genius for shadowplay that makes Night of the Demon feel remarkably modern compared to other horror movies of its era. It’s such an enjoyably eerie film, capturing a sense of the unknown and that creepy feeling that makes you look back nervously over your shoulder when walking by yourself in the woods or down a dark country lane. Bolstered by a playful, intelligent script and a superb villain in MacGinnis, it’s a true horror masterpiece that rewards multiple viewings. Seek out the longer cut, which features a delightfully eccentric comic scene involving a seance and gives the movie’s dark-of-the-small-hours atmosphere more time to get under your skin.

Buy your copy of Night of the Demon from Amazon HERE 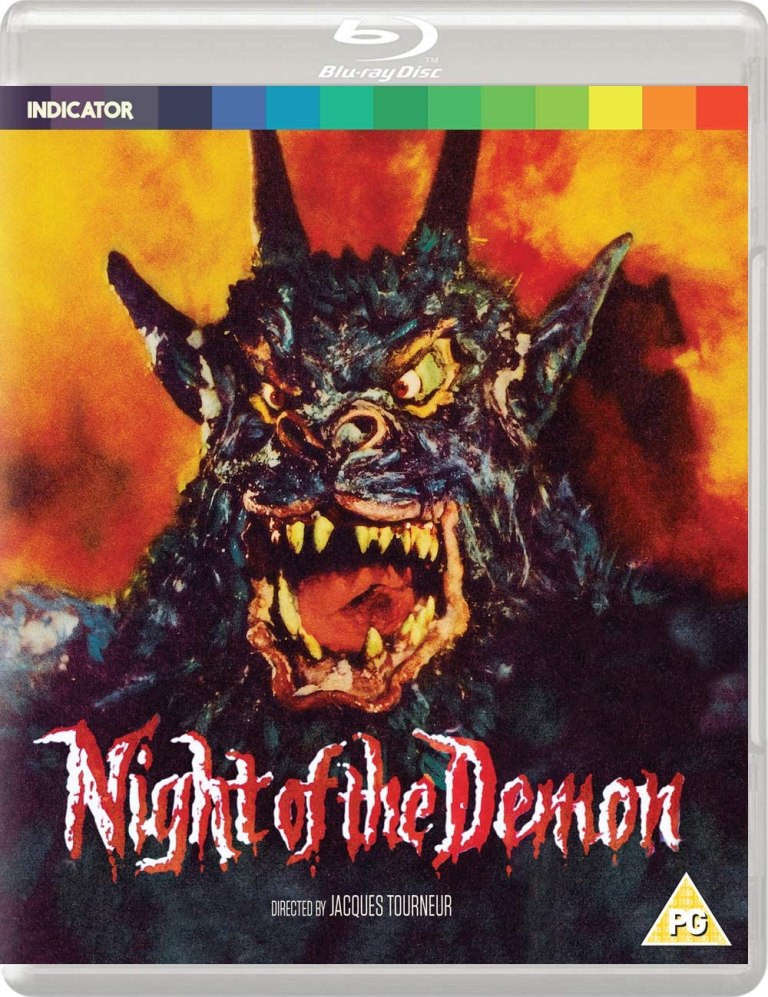